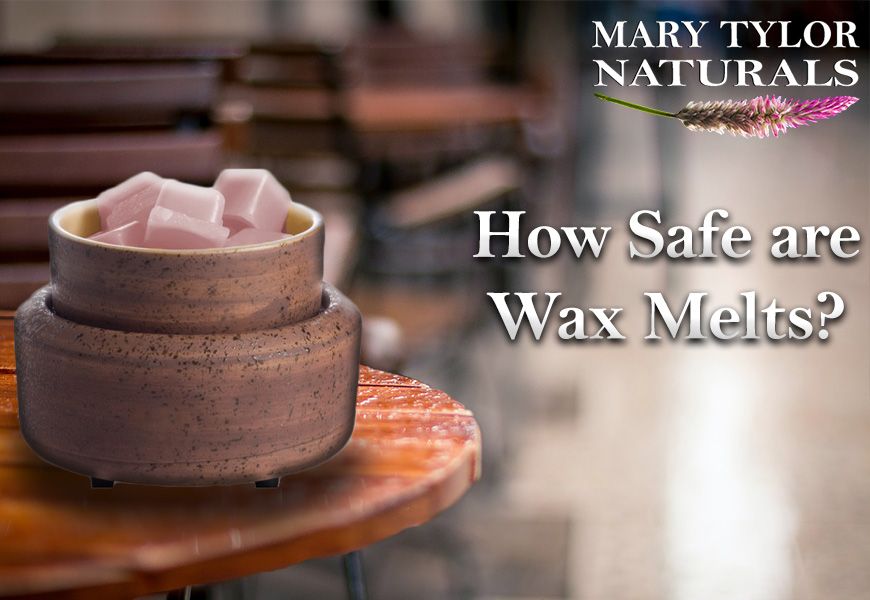 What are wax melts?

Wax melts are pieces of wax that are infused with fragrances made to be melted in a warmer. They were created when candle companies had excess wax left over from candles.

The safety of wax melts depends on what the ingredients of the wax melts contain. Traditional store-bought wax melts are typically made from synthetic ingredients such as fragrance and paraffin.

Paraffin wax is a waste product created from petroleum, and yet it is placed into candles and sold despite it’s negative effects. When heated, paraffin releases a carcinogenic chemical in the air. The Occupational Safety and Health Administration (OSHA) reports that, “Pure paraffin wax is widely regarded as non-toxic, but may possess some carcinogenic properties.” (Source: OSHA- Ref 5.3)

The Safe Drinking Water and Toxic Enforcement Act of 1986 passed in the State of California revealed that there are at least seven major toxins in paraffin wax. Paraffin wax falls into the category of toxic chemicals known as petrochemicals, which are byproducts derived from petroleum. Petroleum, which includes fuels such as gasoline, kerosene, and diesel oil.  Essentially, when you are using paraffin wax melt you are allowing gasoline-like toxins to enter the air in your home. Fortunately, there are natural waxes that can be safely used in place of toxic paraffin.

Beeswax is a substance produced by worker bees, which is secreted by glands on the bee’s abdomen. Beeswax is an amazing base for creating wax melts because it actually cleanses the air. Wax melts made from Beeswax emit negative ions into the air. Negative ions are believed to produce biochemical reactions that increase levels of the mood boosting chemical serotonin, can help reduce stress levels and promote circadian rhythm regulation. Negative ions emitted into the air are also good for plants and can help your indoor herb gardens and other houseplants flourish. A study published by the National Center for Biotechnology Information revealed data demonstrating how negative air ions can impact the health of living things and improve air quality[1]. Their findings stated, “…NAIs [negative air ions] had multiple health benefits on humans/animals, might inhibit the growth and/or kill some of microorganisms and promote plant development…”

Beeswax melts also have a higher melting point, so they will burn longer than traditional paraffin wax melts.

Soy wax is created from hydrogenated soybean oil. This form of wax is favored in holistic products because it is able to emit fragrances into the air and holds scent better than other forms of natural wax such as beeswax, which is denser and does not emit scents as well.  Soy wax products are typically sold in flake form which is favorable for making wax melts because it melts quickly and easily. Soy wax is denser than paraffin wax and is a natural alternative to paraffin. Soy wax is biodegradable and renewable, which is a better environmental option.

Replacing the toxic chemicals we are exposed to is a critical step into achieving optimal health.  Beeswax and soy wax can be used to replace the toxins in beauty products, polishes, creams and even candles!

Mary Tylor Naturals is proud to offer a line of holistic products including organic beeswax for all your holistic product creation needs!  We stand by our motto: Better Ingredients for a Better Life!

For more information on living a holistic lifestyle and creating a natural products check out our podcast at the link below.