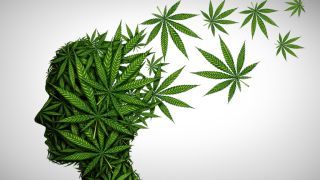 Do you understand Cannabis?

There is currently little to no research on cannabis and its effects. It is important to discuss any treatment with your healthcare provider and be aware that the CBD market is currently severely unregulated. Do your research before you try any product and be aware that scams do exist. Only you and your physician can truly decide if CBD products are a good fit for you. The article below discusses the facts researchers currently believe about the supposed medicinal plant, cannabis.

Cannabinoids: Derivatives of the cannabis plant. The most commonly used cannabinoid is marijuana.

THC: Tetrahydrocannabinol, the most potent bioactive component of cannabinoids. This chemical is what causes psychoactive effects or a “high” with cannabinoid use.

CBD: A compound in the class of “phytocannabinoids,” which are unique to cannabis plants. Does not contain tetrahydrocannabinol (THC).

On June 25, 2018, the U.S. Food and Drug Administration (FDA) recognized a cannabidiol as a real medicine by approving a medication called Epidiolex. This medication is a pharmaceutical CBD drug used to treat severe pediatric seizures.

Many states in America have legalized[1] the use of Marijuana for medical or recreational use. Decriminalization policies regarding marijuana use are also being adopted nationwide, dependent on each state’s laws and jurisdiction. Which begs the question, is CBD’s newfound popularity due to its supposedly amazing results or has enough research been conducted to truly know its short and long-term effects?

There is much debate in the scientific community regarding that very question. The discovery[2] of the Endocannabinoid system (ECS[3]) only added to this discussion. The ECS is the concept that the body itself contains endogenous cannabinoids which are similar to cannabinoids, but they are produced by your body.

2-CB2 receptors. Mainly found in the peripheral nervous system and in immune cells.

Enzymes are what breaks down the endocannabinoids. There are thought to be two enzymes that perform this function:

Cannabis (THC) interacts with your ECS by binding to receptors, just like your natural endocannabinoids. THC binds to both CB1 and CB2 receptors, which can cause a myriad of effects in the body. Cannabis users report side effects such as reduce pain and increased appetite. THC has also been known to cause paranoia and anxiety.

According to Polish Society of Endocrinology[4], “Cannabinoids have been confirmed to deeply impact the endocrine system, including the activity of the pituitary gland, adrenal cortex, thyroid gland, pancreas, and gonads. Interrelations between the endocannabinoid system and the activity of the endocrine system may be a therapeutic target for a number of drugs that have been proved effective in the treatment of infertility, obesity, diabetes, and even prevention of diseases associated with the cardiovascular system.”

So if you are considering a cannabis like product, please first talk to your physician and make a concious decision on whether this treatment is right for you!