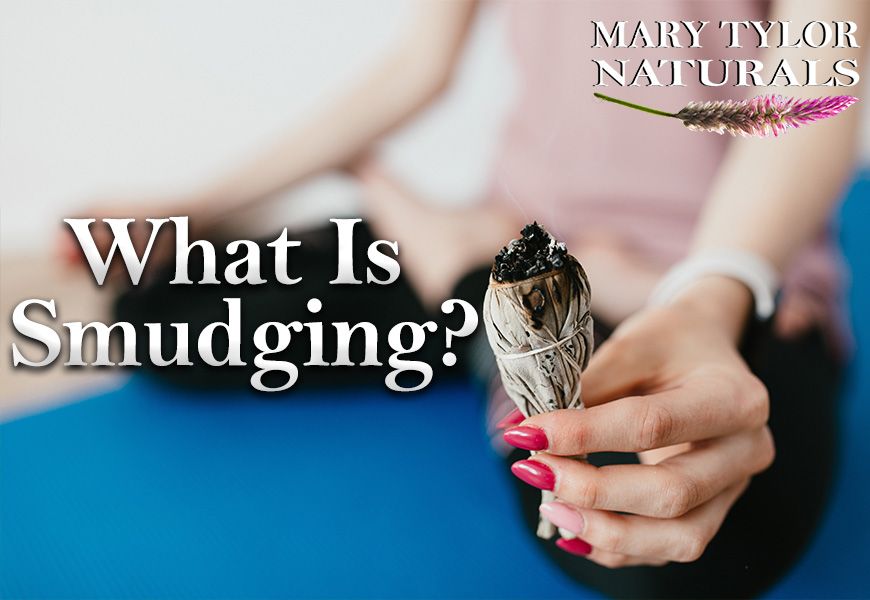 Smudging is an ancient Native American practice where you light a bundle of sage on fire and “clear out” or “cast away” negative energy. There have also been some medical studies showing that this ritual actually cleanses bacteria and viruses out of the air. The most popular herb used in smudging practices is typically sage. The herb sage, also known as salvia plant, is an herb highly regarded in Native American culture and is traditionally used to clear dark energy in spiritual ceremonies.

How to Smudge your Home

1- Get a bundle of sage. They can be found at your local health food store or even ordered online.

2- Open the windows in your home to allow for ventilation and to let negative energy leave.

(Be mindful of smoke detectors and also do not inhale the smoke directly. Use caution if you have any respiratory issues such as asthma or COPD)

4- Verbally cast away any negative forces while waving the smudge stick around your home.

You can also verbally cast away anything specific you want removed from your house.

Types of Sage Used for Smudging

Blue Sage- Commonly referred to as "Grandmother Sage.” It is easily identifiable by its beautiful, bright blue flowers, and is similar to Lavender. This plant is thought to have a powerful impact on negative energy and was used in the most intense of Native American spiritual ceremonies, including exorcisms. Blue Sage is believed to be strong enough to drive out even the darkest of energies.

Palo Santo- This plant is a popular choice during smudging ceremonies because of its rich scent of citrus, pine, mint and lemon. It is a tree that is considered part of the citrus family. It is used as a healing remedy due to its high concentration of D-Limonen, which has been shown to treat heartburn and gastroesophageal reflux (GERD) symptoms. In smudging ceremonies, it is believed to create a feeling of calm and promote spiritual balance.

Yerba Santa- Spanish for “holy weed” or “holy herb.” This herb’s leaves are used for many herbal remedies to treat respiratory sicknesses such as colds, dry cough and allergies. It is also used as a topical salve to treat poison ivy and skin rashes. When used in smudging rituals, it is thought to summon protection, consecration and love.

Sweet Grass- In Native American cultures, many tribes regard sweet grass as a sacred plant and burn it in smudging ceremonies. The sweet scent of this grass is believed to attract good spirits and is used during prayer to help connect with the Great Spirit and also ancestors. The roots of sweetgrass contain coumarin which is considered a carcinogenic and should not be taken internally. It should only be used for aromatic purposes.

Mugwort- This plant is also referred to as Black Sage, though it is actually not a type of sage but is an herb believed to strengthen intuitive abilities, bring peace and clear negative energy.

For more information on holistic practices, check out our podcast at the link below: